5 Reasons Why You Should Check Out Naksan Beach (낙산 해변) in Yangyang, Gangwondo

on August 31, 2016
Forget about Pokemon Go. Forget about Sokcho. In the neighborhood, there’s Naksan beach where you can go all out wild and loud.

Every summer, Gangwondo is one of the many go to places in South Korea because there are a lot of beaches in this province and you know which is the best one if it is the most visited, and in this case, Naksan beach is topping the list.

Straight from our trip to Hongcheon, we went as far as the County of Yangyang to swim the beach of Naksan.  The road from Hongcheon to Yangyang was not that easy though. We felt like passing through the intestine of the chicken, in the Philippines, we call it “Bitukang Manok”. It’s a road not for dizzy people because you might just puke along the way. The best part of the trip though is reaching the highest highway in the mountain. We reached the spot where it measures around 1013 meters away from the sky.

After about an hour or so, we arrived at the Naksan Beach in Yangyang. Well, it’s just like any other beaches in South Korea, but if ever you are trying to figure out about whether to visit this beach or not, here are my top 5 reasons why you should definitely go to Naksan Beach especially during summer.

Who would not love white sands? The first thing that impressed me of Naksan Beach is its 4 km wide white sands. I am not sure though if it’s naturally white sand, but who cares, it’s always refreshing to see a beach with white sand because it’s a good addition to the element of fun in the beach.

I like how they thought of installing beach umbrellas right in front of the seashore. Who would not want an umbrella under the scorching heat of the sun? With these giant big umbrellas set up sporadically right in front of the beach, you can picnic, sleep or just relax without being burned by the sun. But of course it comes with a small additional payment. For those who do not want to pay for the umbrellas, you can freely set up tents in the area for your shelter. 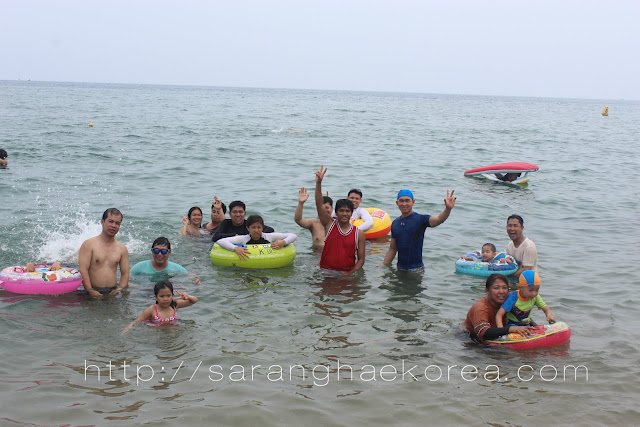 Unlike any other beaches, non swimmers like me could definitely enjoy Naksan beach because it has shallow waters. Even kids with their lifeguards on can be left alone swimming in this beach. Plus there are life guards everywhere who have all eyes set on the swimmers. I also noticed that the beach is not that wavy. I was waiting for the big waves to come because I enjoy playing with the sea waves, but none, which I think is favorable for some. 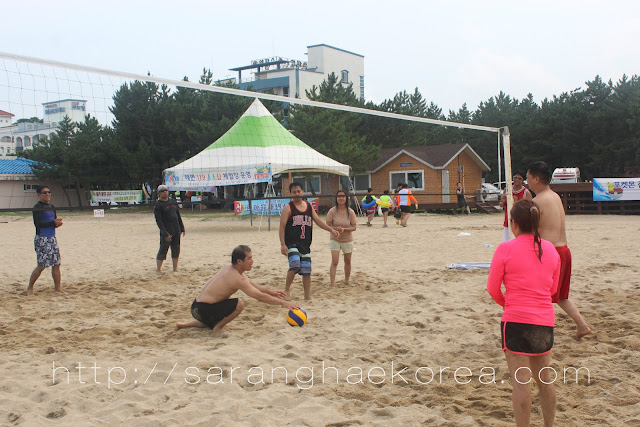 As it is surrounded by mountains, the sight of luscious green trees are so common in the area. I think it’s better during the autumn season, but the nearby forest is an additional treat for those who are extra wanderer who maybe would like to gander the nearby attractions.

And speaking of wanderer, maybe you would like to go to the Naksana Temple and the Seoraksan National Park. Naksan beach is very near these tourists attractions, so if you want to get yourself off the water, you can take a bus and head on to these nearby must visit spots in Yangyang.

Next time you plan a trip to Gangwondo, you might want to consider going to Naksan Beach at Yangyang County of the Gangwondo Province.