The Twejikum (퇴직금) is one of the benefits that a migrant worker in Korea can avail after the sojourn in South Korea. It is also called “severance pay”, a lump sum of money paid by the employer for the number of years that a particular worker has served the company. Those who were able to work in one company for a minimum of one year or more are qualified to receive the severance pay. 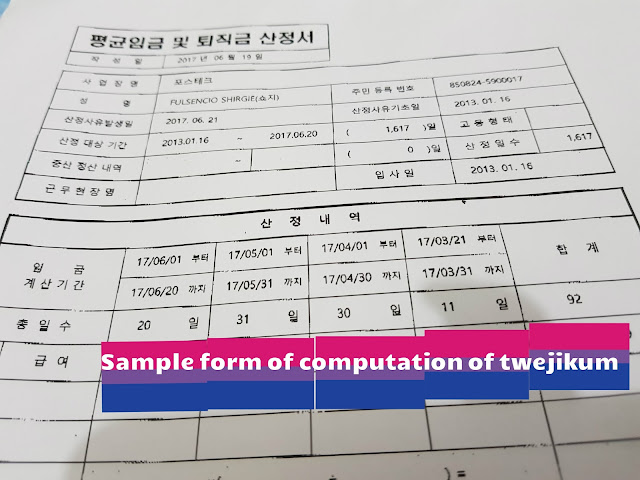 To compute the exact number of years, this is the formula:

(For example, worker has finished 4 years and 10 months of work):

Now that you know how much your twejikum is, the big question now is how to claim it!

You should claim it at the airport. Your boss will let you sign up a form where you can nominate a bank to which you want to claim the remaining amount of your departure guarantee insurance. Once you signed up the form, all you need to do is wait for your date of departure and claim it in the airport.

CLAIMING TWEJIKUM AT THE AIRPORT 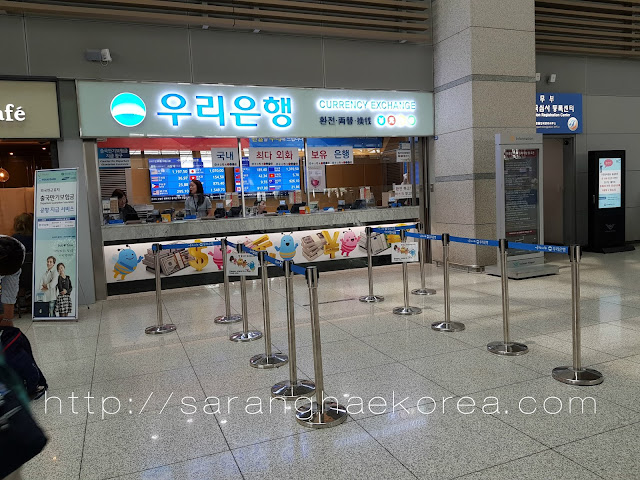 When claiming Twejikum at the airport, you must go to the bank you nominated at the third floor of Incheon Airport. Usually, they are located near the boarding gates of the airport. You can ask around or look it up yourself, they are not difficult to find.

Once you’re at the currency exchange center of the bank of your choice, they will simply ask you for passport and Alien Card. They already know you are coming, there’s no more fuss or asking for extra document when you approach them. 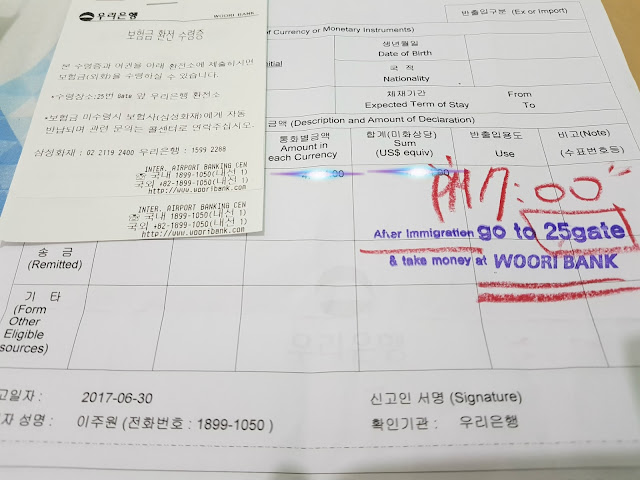 They will convert your money into dollar denomination, and after verification, they will give you a receipt of the conversion of your money. You must present this receipt at the bank after passing through the immigration so they will give you your cash. Don’t worry, they will provide instruction as to which gate the bank is located, all you need to do is enter the immigration and proceed to the gate they suggested to find the bank and get your cold cash!

That’s it! It’s not really that complicated. If you know how to follow instruction, you can get your twejikum without a fuss. For better flow of transaction, it would be better if you book a flight at night time and during weekdays.

pinoy in korea Work in Korea