on September 22, 2013
If you are in to learn more about traditional Korean culture and life, go to the Korean Folk Village which is located at Yongin, in the province of Gyeongi, South Korea. What Korean Folk Village can offer is a very interesting and fun approach in showcasing the traditional culture and life of Koreans. The limelight of K-pop and K-dramas are just merely the façade of the modern age Korea, but behind the glittering and shining fame of the land of the calm morning is the rich history that is worth telling for throughout the generation. 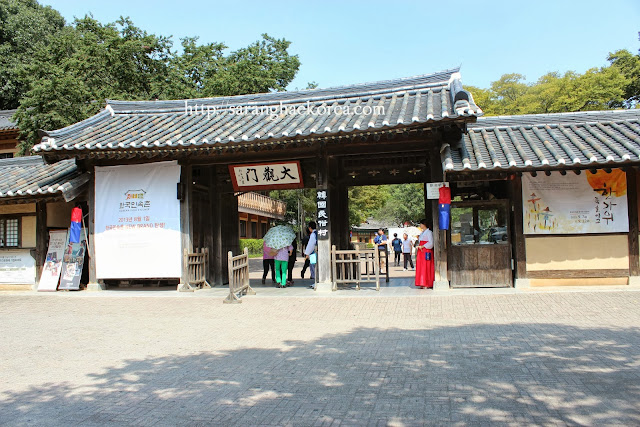 South Korea has brought to the world the Korean Folk Village as a way of telling to the new generation Koreans and to the foreigners who are interested to learn about Korea about their traditional way of living which would represent as a concrete definition of their culture and life.

What is a village without houses? What is a community without shelter? What you could probably expect from this place is a whole load of houses, but not just an ordinary house. If you are a fanatic of Korean dramas, you could have probably seen some examples of old style Korean houses. The houses have different designs and styles and the design of the house defines the status of the family living there. Your social status is the basis of what type of house you should live in.

In the Southern part of the village, you can see this type of house with a lot of crops displayed in the outside. This is actually a farmer’s house: 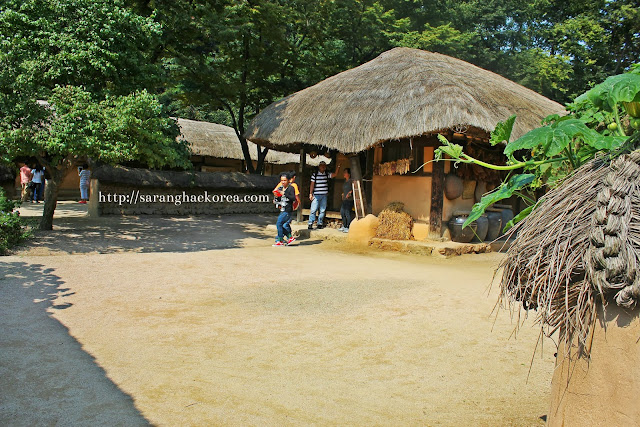 This is how it looks like in the inner wing of the house. Somebody is also demonstrating what Korean farmers are usually doing inside their house. 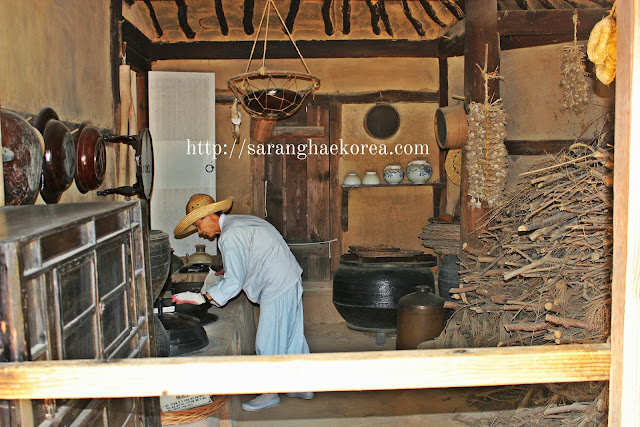 You can also see how the commoner’s house looks like and also the peasant and the manor’s house. 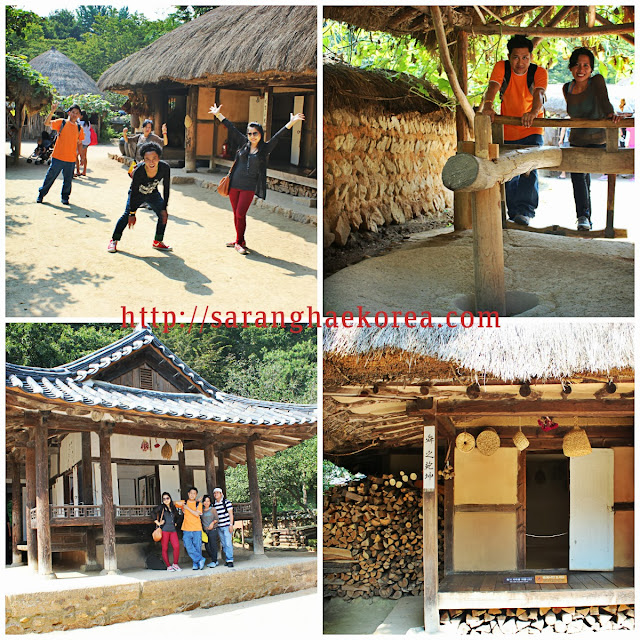 Korean education has been the top most priority since the beginning of their civilization. Among the type of their education is the Chunghyon Seowon. It is a private educational institution which caters to Confucian scholars. 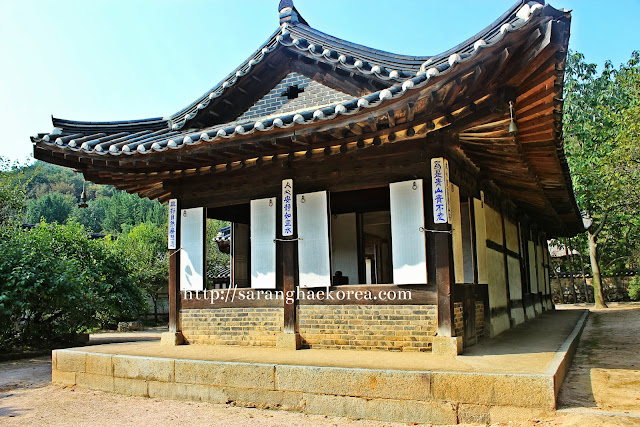 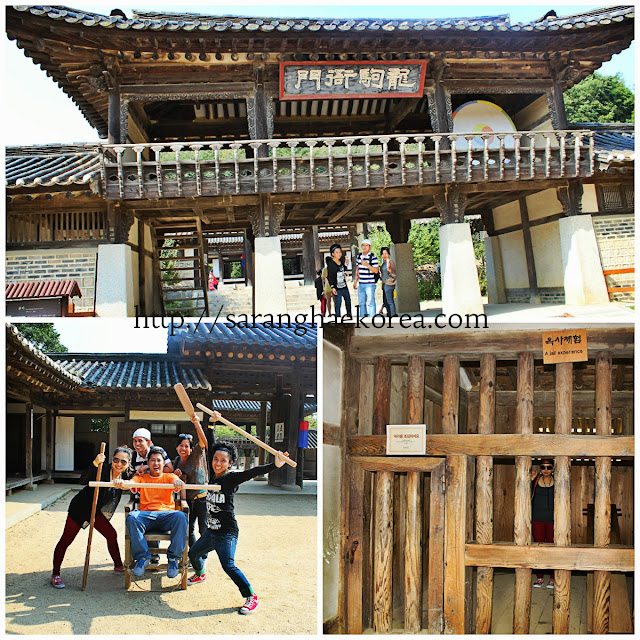 At Korean Folk Village, they perform the actual wedding ceremonies and the actual worship service they offer to the God that they believe in. 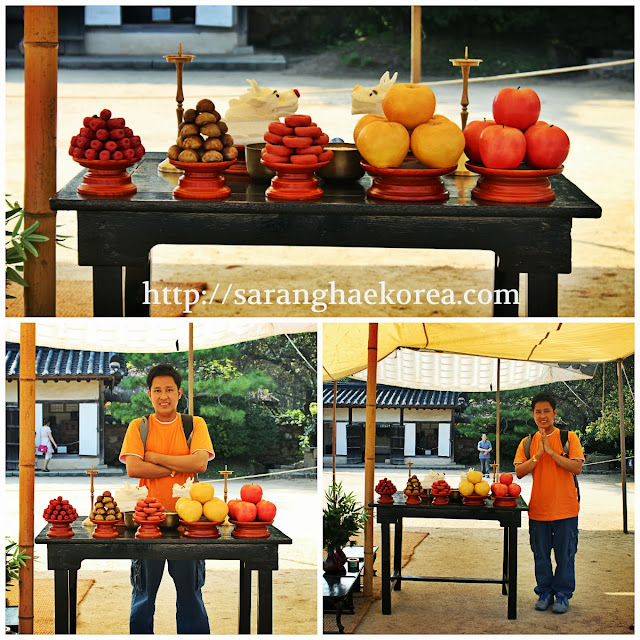 Be entertained on how they commemorate special occasions and at the same time learn from it.

I think it is innate for Koreans to have some fun because even the old age Korea has their own way of entertaining themselves. You can witness an acrobatic on tightrope: 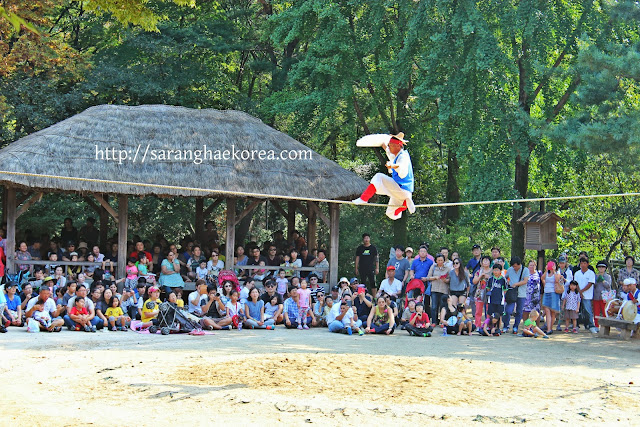 The farmer’s dance and music is also featured for the visitors to enjoy with their fun performance in a colorful costume: 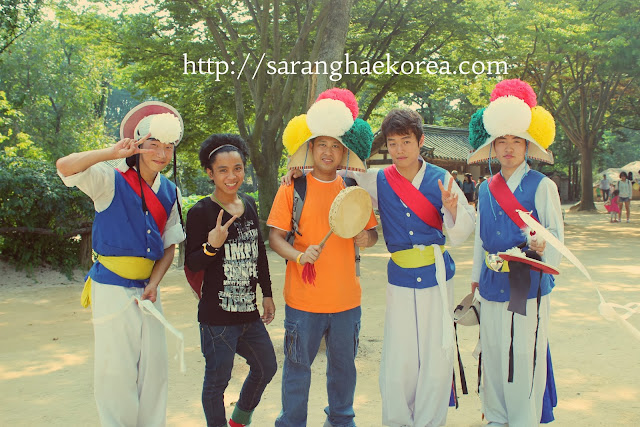 And the most amazing part of entertainment is the showcase of the equestrian skill: 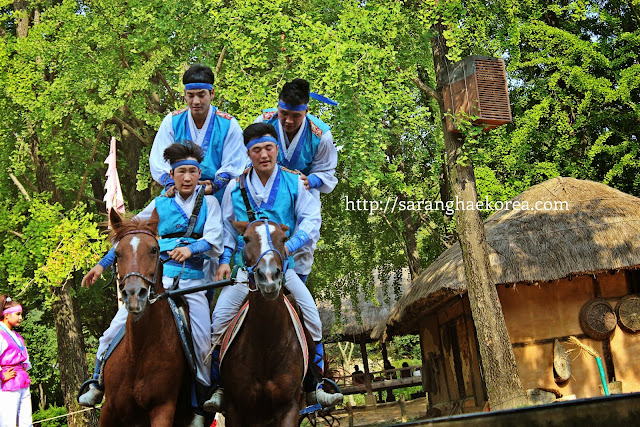 All around the village, you can also get to experience playing some of the famous Korean folk games like skipping rope. Kids would really enjoy this and at the same time get to know these old street games of Korean ancestors. 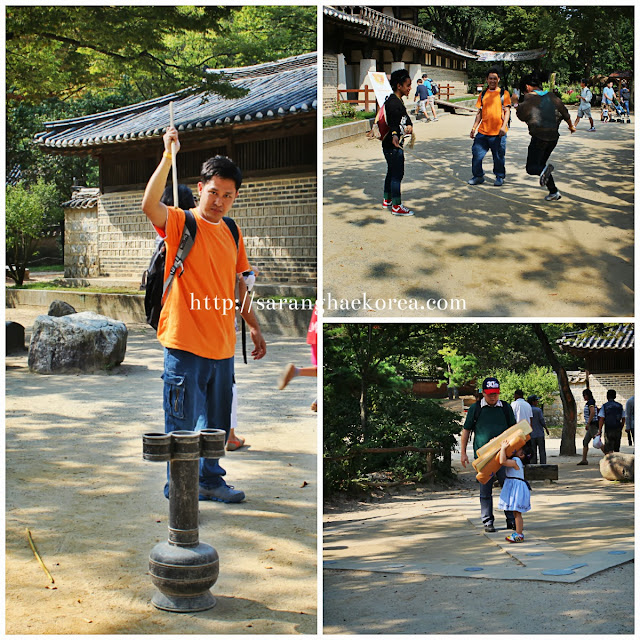 Experience how it feels like to shop in a traditional market of South Korea. You can dine, you can shop and you can witness what people are generally doing in old age Korean market. 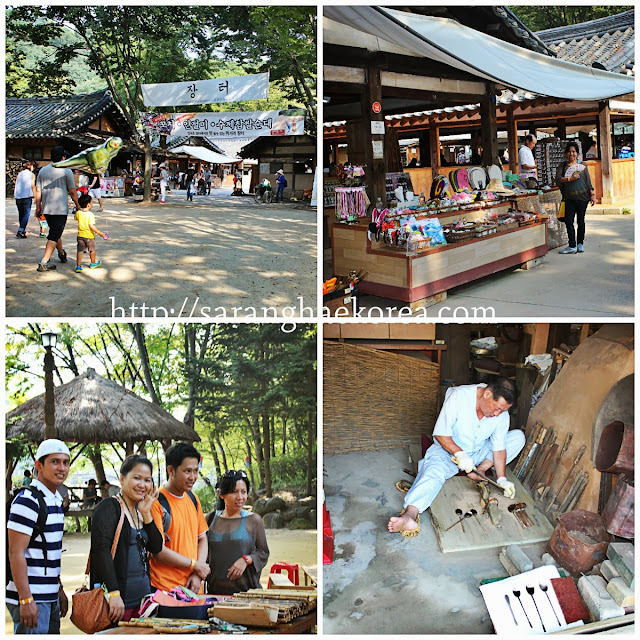 Museums will never be absent when it comes to conveying information regarding a theme. In this case, a museum situated in the center of the village showcases the traditional way of living of Koreans from farming, to lifestyle and livelihood. 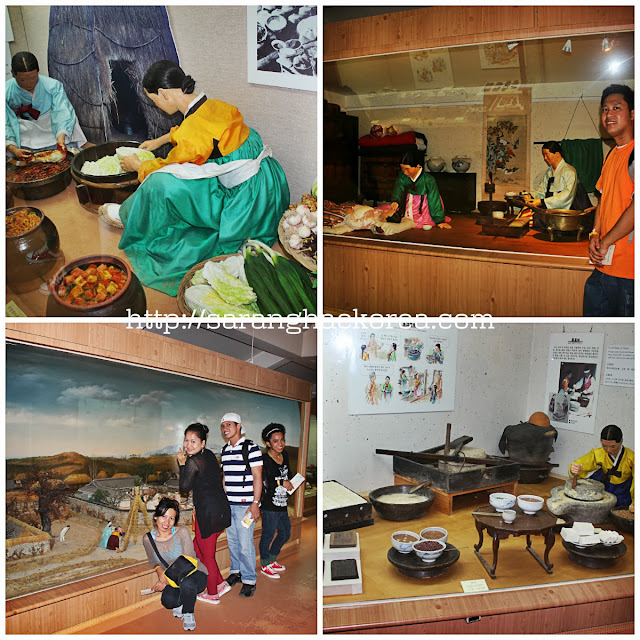 Aside from the Korean traditional lifestyles, the amusement park and the bridges and the landscapes are an added bonus to the totality of going back in time experience in South Korea. 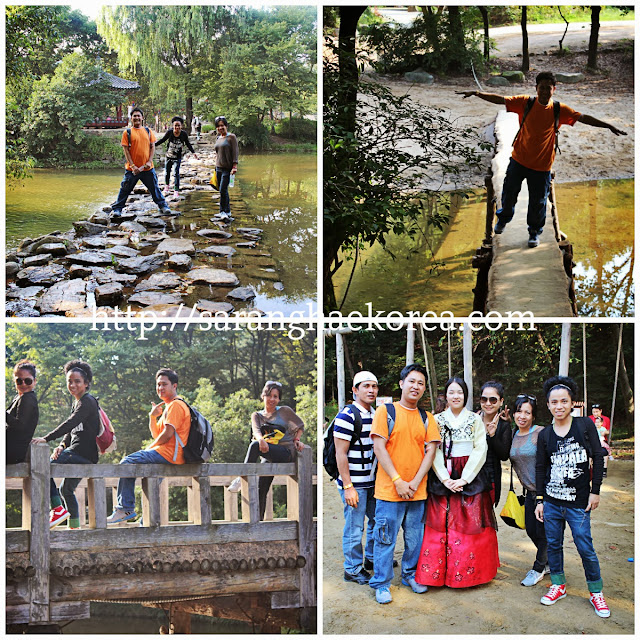 Korea Folk village is recommended as a venue for learning. In a way, this is their tribute to their ancestors to acknowledge their effort to make Korea a better place to live.

If you want to visit, the exact address of Korean Folk Village is 90, Minsokchon-ro, Giheung-gu, Yongin-si, Gyeonggi-do [경기도 용인시 기흥구 민속촌로 90 (보라동) ].  The easiest way to go to this place is to get off the Suwon Station via the Seoul Subway Line Number 1. Go to the Exit number 4 and take a bus number 10-5 or 37 to the Korean Folk Village. There is also a shuttle bus which you can ride for free. Just go to the Folk Village Office which is located in front of the Suwon Station. The shuttle bus runs 5 times a day.