Known as the transportation hub of South Korea.

Not a major tourist destination.

But, it could be an amazing place to visit when you are in Korea.

Cheonan is more or less 2 hours away from Seoul if you travel via Subway, and if you are in Korea to travel, most probably you have no intention to go to this City.

But why I am promoting Cheonan?

It is because one of the most important museums in Korea is located in this City. I am talking about The Independence Hall of Korea(독립기념관). It is a big place, no, not big, it’s actually huge. If you have visited War memorial park in Seoul, it has the same sentiment as that but it’s way bigger and way intense when it comes to explaining about the history of Korea and how it gained its independence against the oppressors.

There are a lot of things to see in this place. The major attraction so far is the Seven Exhibition Halls. I also like the 4D theatre because you can watch a movie in 4D for FREE! There’s a monument of the Nation too, the Grand hall of the nation, the Grand Square of the nation, and a lot of other facilities that commemorates the struggle of Korea to achieve the freedom. As I’ve said, it’s a huge compound, and there’s much you can do in a large space. It took me the whole day just to explore the place. You just can’t go there and spend 2 or 3 hours because I tell you, that’s not enough. For a big place like this, you must be there for the whole day if you want to fully explore the area.

I think the heart of this place is actually on the 7 exhibition halls. I actually visited every single hall because I want to know the history of Korea. In the Exhibition Hall 1, I felt like I’ve entered a jewelry store or an antique shop because this hall displays artifacts of Korea way back 5,000 years ago. This was before the Joseon Dynasty. I can’t help but be amazed with the precious and history-rich artifacts in the building.

The Exhibition hall number 2 is a little bit harsh. In this hall, I saw collections of historical pieces that tell a story about how Japanese invaded Korea in the 19th Century. In Exhibition Hall Number 3, I saw photographs and evidences of how Koreans organized movements to regain their independence.

And Exhibition Hall number 7 is kind of interactive hall because you can actually hear, feel and experience the history of Korea through the state-of-the art technology installed in the hall.


The Indepence Hall of Korea is not just all about the 7 Exhibition Halls. Although for me, it’s enough attraction for a day tour, but there are still a lot of things you can do. The monuments are so awesome to see. The artificial lake is a good place to contemplate and the open area is big enough if you just want to walk around with overlooking beautiful natural scenery. 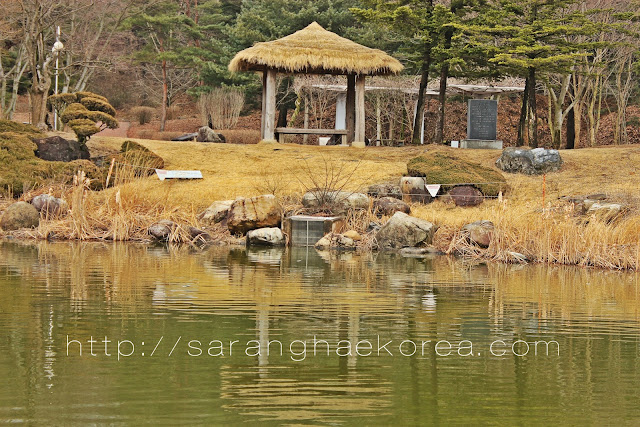 If you go there via public transportation, you can get off at Cheonan Bus Terminal or at Cheonan Station of Subway Line Number 1. Then take the  intercity bus bound for Jincheon (진천). You can get off at The Independence Hall of Korea (독립기념관, Dongnip Ginyeomgwan).

You can also take Bus numbers 400 or 402. A city bus tour is also available right in front of Cheonan Station. This tour bus will take you to The Independence Hall of Korea and to other tourist destination in Cheonan.

I guess The Independence Hall of Korea is a book in action because it tells story of how Korea regained it’s independence which plays a vital role in how it is today as a nation. The entrance free if absolutely FREE. For me, this is perfect for kids who are studying Korean history, but it’s also a good venue to visit if you are interested to learn about Korea in a not so boring way.
korea museum korea tourism