on August 04, 2014
Philippines is one of the many Asian countries that patronize Korean Drama and Kpop. There are several Korean actors and actresses famous in the Philippines and they also have fan based in the said country. However, I am afraid that time will come, these famous Korean stars will hesitate to visit Philippines because of fear of being victimized again with malicious news and scandals.

Recently, two of the famous Korean actors became a victim of social media networking prank. I am referring to Kang Ji Hwan and Lee Min Ho.

Let's start with Kang Ji Hwan first. For those who do not know him, he is one of the casts of a Korean hit drama "Big Men". A lot of filipinos already know him and he has some fans in the Philippines too. Recently, the actor traveled to the Philippines for a magazine photoshoot. The supposed to be happy trip to Philippines had gone haywire when a certain woman posted a selfie on Facebook with Kang Ji Hwan on the background sleeping with a caption "together sleep with Korean actor". 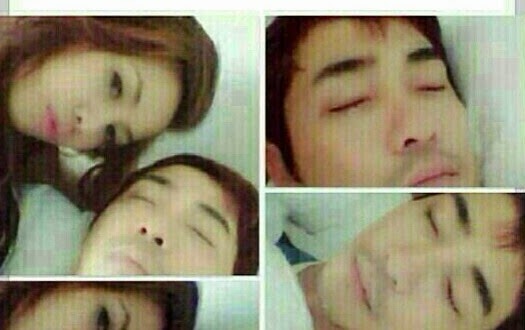 The Filipino netizens who saw the photos quickly jumped into a malicious conclusion and the photos went viral online. The woman is said to be the wife of Kang Ji Hwan's guide in the Philippines and the photos are supposed to be just for fun. However, Filipino fans did not take it as a joke but rather a malicious post and a juicy news meant to be spread online. The woman in question posted apologetic message on Facebook clarifying the scandal.

But the most recent big news is all about Lee Min Ho's Bisexuality issue. Apparently, an online news with a hoax headline victimized the most famous Korean actor in the Philippines to date, Lee Min Ho. The fake online news with title "Lee Min Ho Admits Being Bisexual" has widely spread on social networking media after it caught the attention of a lot of Filipino fans. However, the news content did not really say about the actor's bisexuality but about the actor's visit to the Philippines for a concert. Without reading the actual content of the news, people started to conclude just based on the fake headline and started spreading the rumor online.

So what do you think is the impact of this news to the Korean actors and actresses that we admire? Will they still go to the Philippines without the fear of being accused of malicious issues?
Hallyu Wave K-pop K-Star