If you hear the name of a place called GIMHAE, the first thing that would come into your mind would probably be AIRPORT! Gimhae houses the Gimhae International Airport, one of Korea's international airport. However, Gimhae has a lot more to offer than housing an airport. Gimhae is located in the South Gyeongsang Province, just right in the West of Busan. Unlike Seoul, Gimhae is some sort of a laidback city. It's not as lively as Seoul, or as touristy as Busan, but it sure has a character that could attract foreign visitors and even locals. 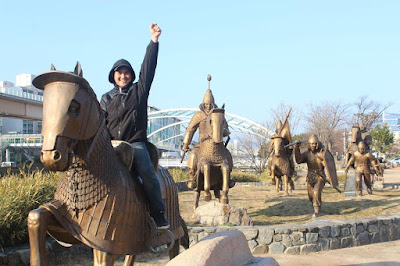 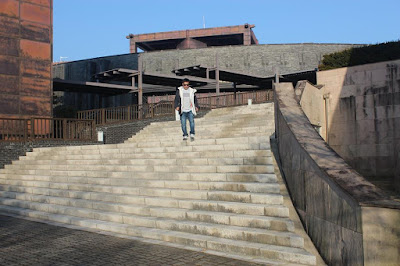 Speaking of Museum, just a few minutes away from the statues, you'll find the Gimhae National Museum where they preserve the cultural heritage of the ancient Kingdom Gaya. It's a huge building that somehow looks industrial you would'nt notice it's museum. Unfortunately, it was closed when we visited the place, it would be great to see what's inside the museum. 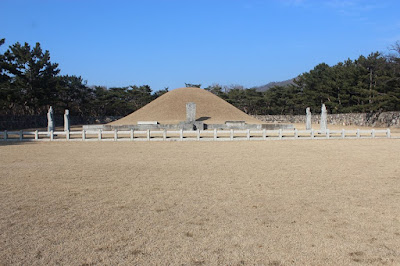 Another interesting landmark right in the middle of the city is the Tomb of King Suro. It's obvious that this man was a very important personality in Gimhae because you would not make a good entrance like this just to see the tomb.Accordingly, the value of a person who died can be determined by the height of the hill on its tomb, and this King has a very gigantic hill on his tomb. It just so happened that King Suro was actually the founder of the Gimhae Kim family. It's the family who founded the place Gimhae and the place was actually named after them. 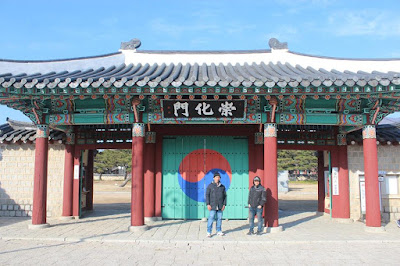 Aside from the tomb, there are a lot of things to see in this garden, I could pass this place as a garden rather than a tomb because people go to this place to chill and relax because of its amenities and ambiance conducive to meetup, walking and even picture taking. 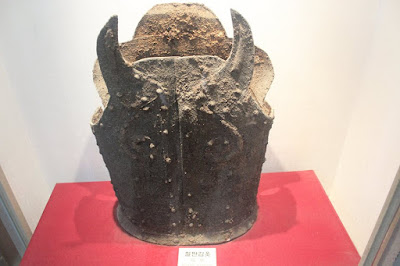 Inside the park slash tomb , there's a little museum where you can see the ancient relics and armors. It looks like these stuff had been buried and later on discovered and put on display in the museum. 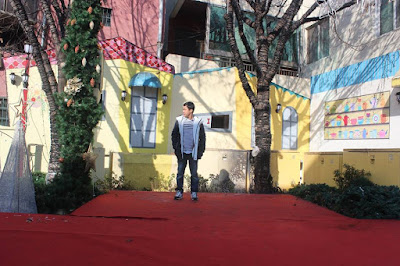 The marketplace of Gimhae is also alive and colorful. Although it's not as high end and as classy as in Myeongdong and other famous Korean market, I must say that Gimhae market is a very traditional one. Most of the people I saw in their market were foreigners. I seldom saw locals roaming around the market.

Gimhae is a small city but old, but it is a home to some important people in Korea and a working place of some foreigners and a good chunk of that foreign workers came from the Philippines. There are other places to visit in Gimhae like the Lotte Water Park, the Gaya Theme Park, Yeojwhacheon and a lot more. It's a good place to visit for those who want to escape the hustle and bustle of the city.