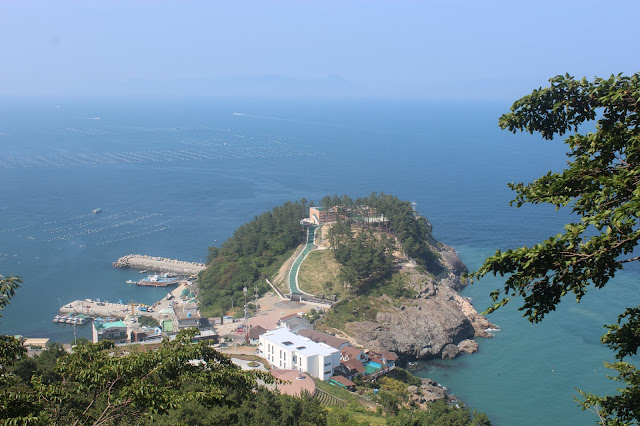 I've never shared anything yet about my trip to Hyangiram in the southern part of South Korea. It happened more than one year ago already but I can still smell the place, I still have vivid memory of the beautiful view I witnessed while I was up there and I can still hear the busy noise of food vendors and locals who flocked to this infamous tourist spot in Yeosu in Jeollanam-do province.

Hyangiram Hermitage is one of the four Buddhist hermitages in South Korea. It is located 30 km away from the main city of Yeosu. I hesitated at first to go there because it's so far, and for somebody who is new to the place, without any local to guide me, going there was a little bit of a challenge. It was a one hour long and winding journey via bus Number 113. It was not a boring ride though because the views while on the road are spectacular. The wide blue sea, the green trees and the mountains assured me that I'll be fine on my own and I am on the right track. 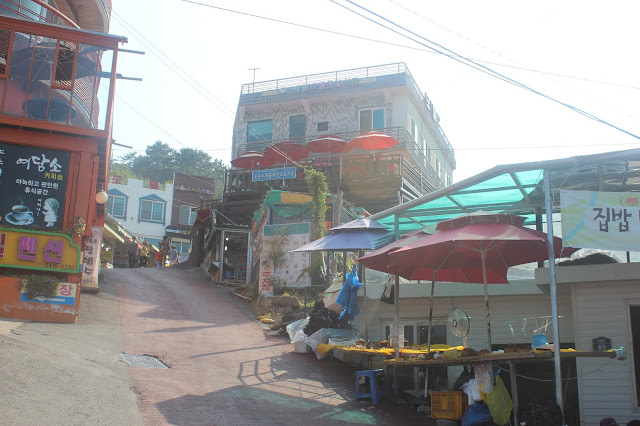 When we arrived at the area, I was so sure that I'm on the top of the mountain because I was overlooking the sea. However, because there are establishments up there and pretty big community, it doesn't feel like a mountain. A small village welcomed us. At first look, it's jut like any other villages in Korea, except that the area is on an uphill. The smell of kimchi and other seafood filled the air as I passed by the food stalls at the sidewalk. I blindly followed the crowd towards the location of my target destination, the Hyangiram Hermitage. 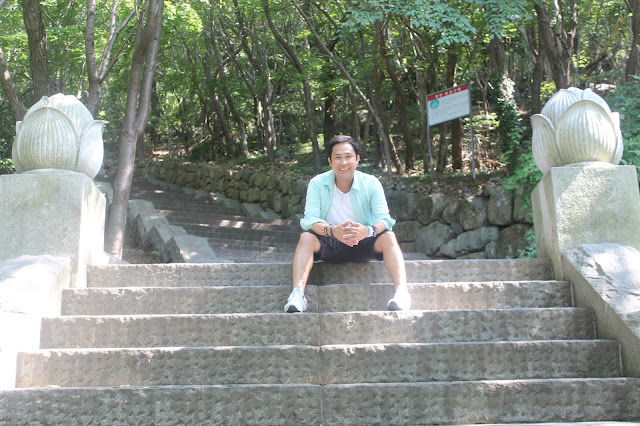 Just when I thought I have already reached my destination, oh boy I was so wrong. I found out that in order to reach Hyangiram, I must climb a steep concrete stairway. In short, I have to do something I didn't sign up for, a mountain climbing. As much as I want to romanticize it by saying that the road up there is concrete, well constructed and convenient,  I could not deny the fact that it's like climbing a mountain. 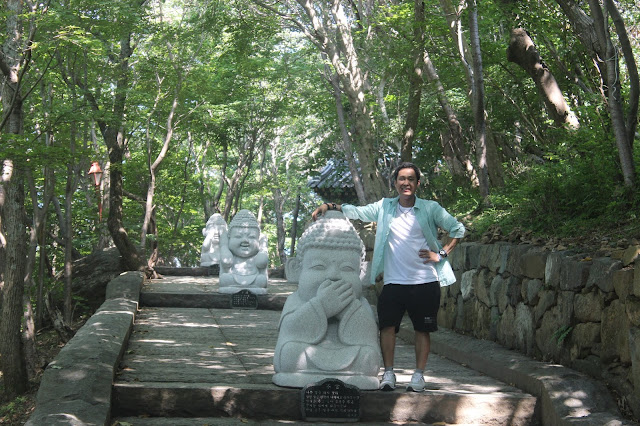 I knew I was in for a spiritual treat because statues of “little Buddha” (I don't know how to call it), displaying different emotions, are set to welcome and maybe encourage the visitors to keep climbing. The uphill climb was indeed challenging and at the same time fulfilling. I could easily forget the burden of going up there because the air was so refreshing, thanks to the abundance of camellia trees, and the panoramic view of the sea. 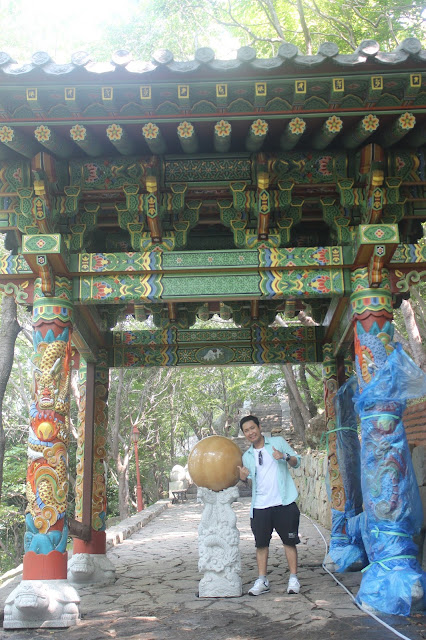 As I continued to walk uphill via the concrete stairway, I saw  plenty of carved stones and temples of some sort. These are the symbols in Buddhism and are maybe conveying important messages that only the believers of Buddha can understand. I also saw some of the patrons praying and/or giving courtesy to the statues built in certain part of the mountain. 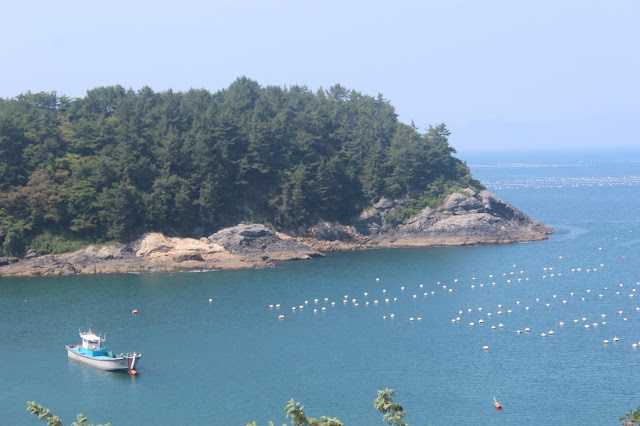 Generally, it was a fun and memorable trip. Although I am not a believer of Buddha, I appreciate how followers showed their loyalty and respect to him. Whether you go there to worship or to have leisure time, you would definitely enjoy the trip to Hyangiram Hermitage.

The entrance fee to enter Hyangiram is only 2,000 won for adult, 1,500 won for teenagers and only 1,000 won for kids. In order to reach Hyangiram via public transportation, you can take Bus 111 or Bus 114 and get off at  Impo (임포 (향일암)) bus stop. Please also take note that there's a bus schedule for this route, so you'll know what time you should return to the bus stop because it's a little bit far from Hyangiram and requires hiking.
korea tourism travel Korea tips